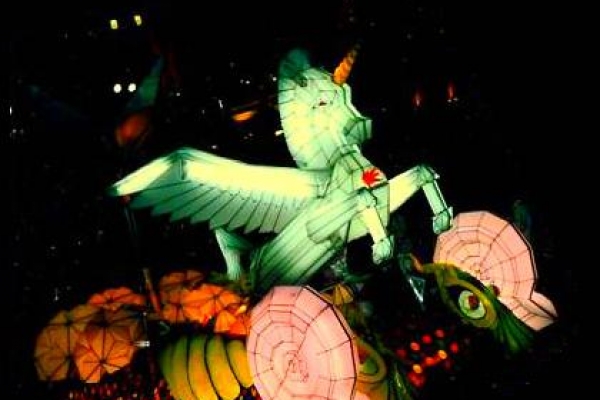 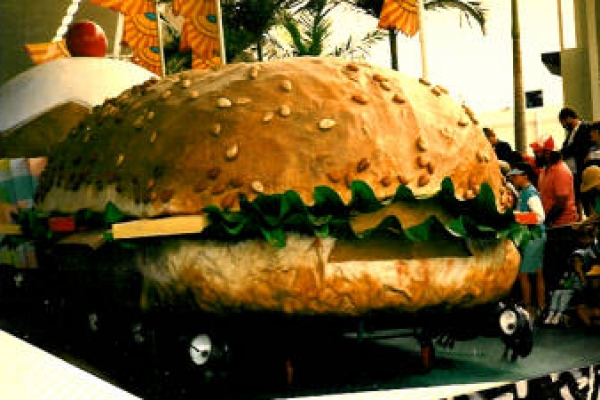 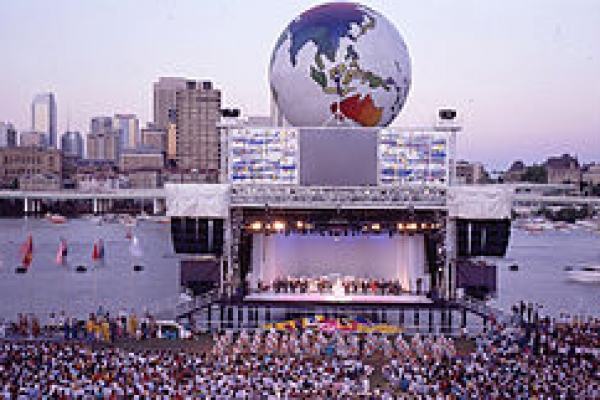 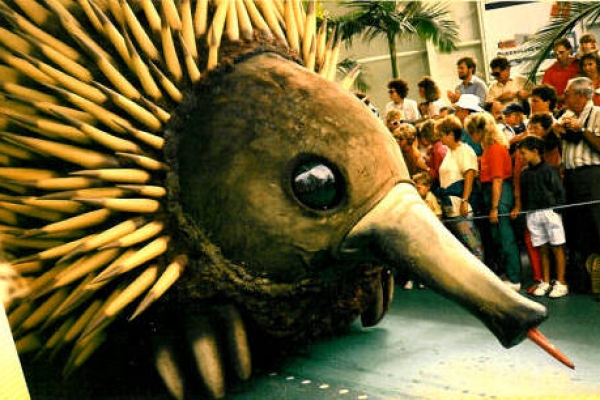 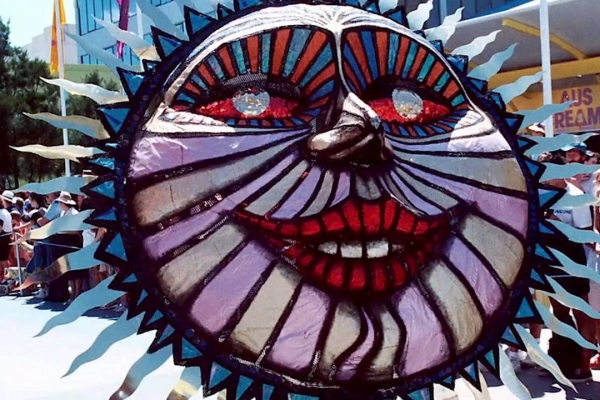 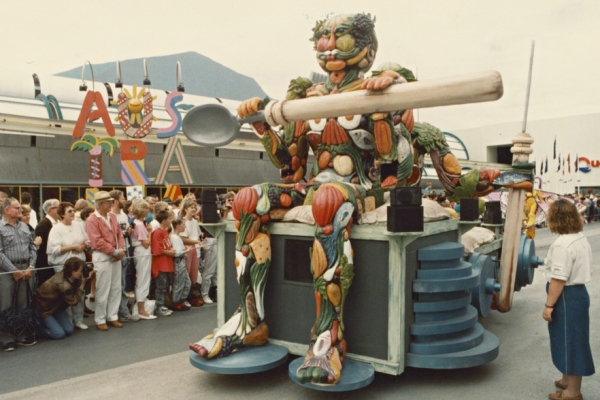 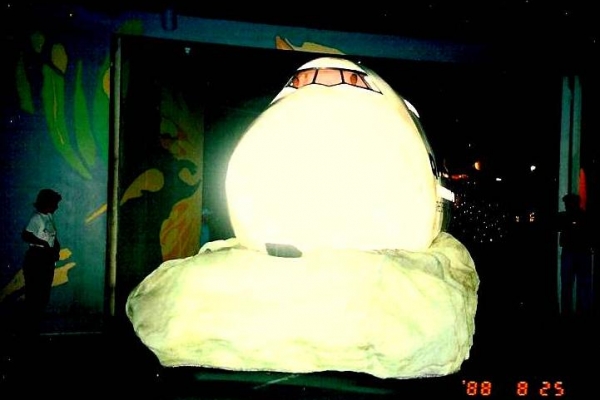 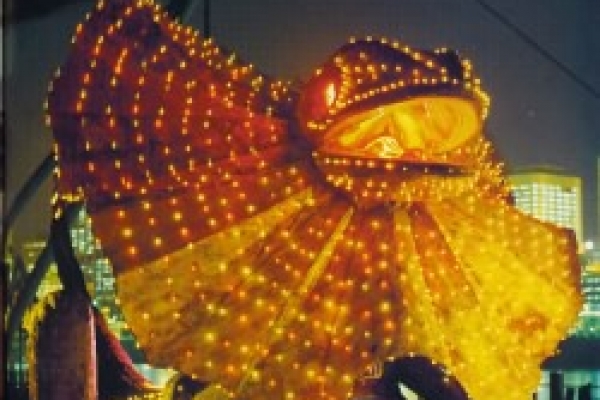 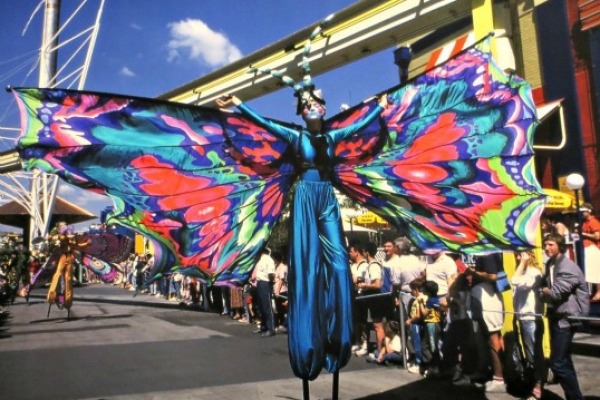 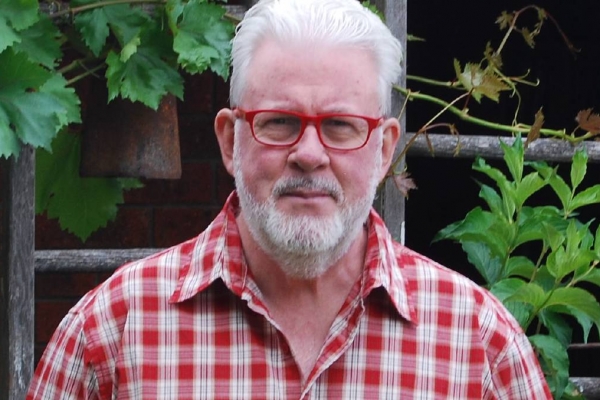 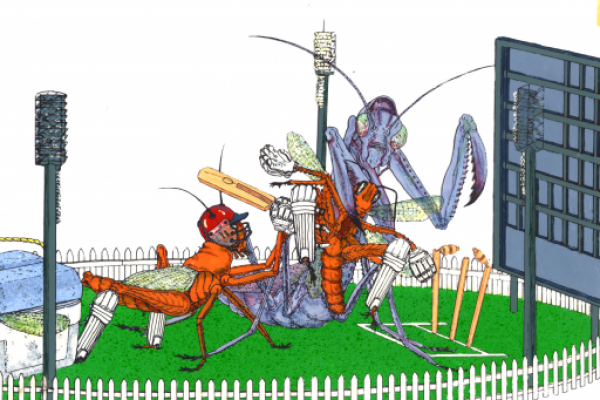 Aerial Photo of the Expo '88 Site 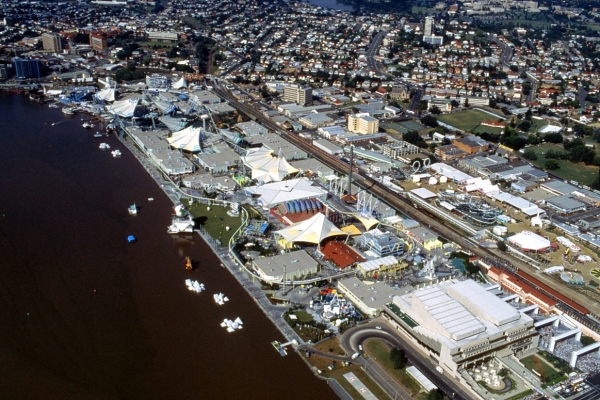 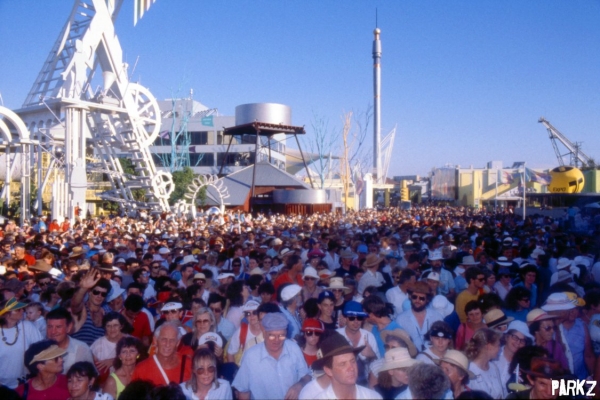 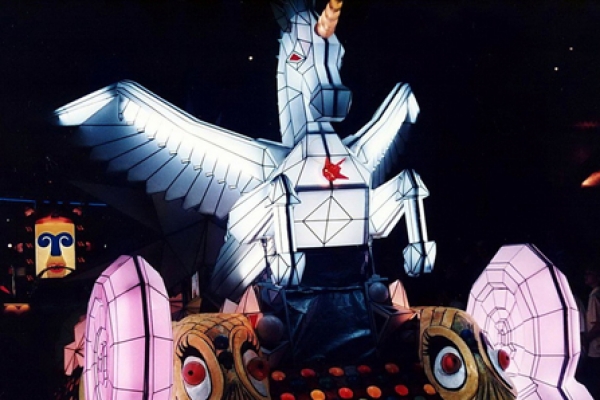 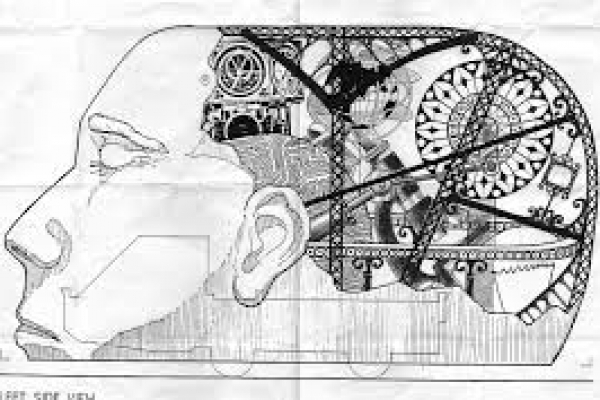 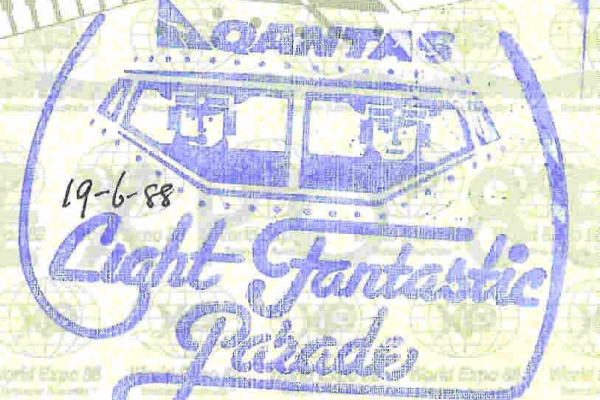 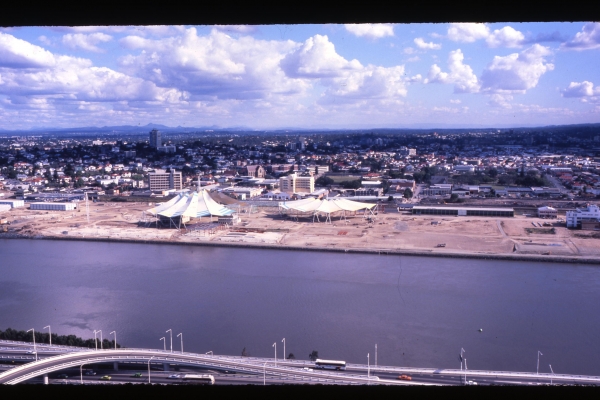 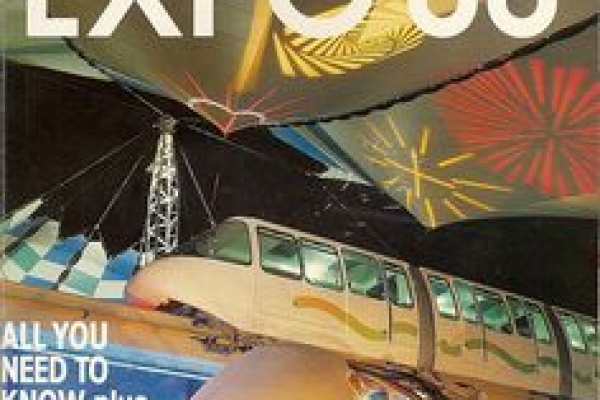 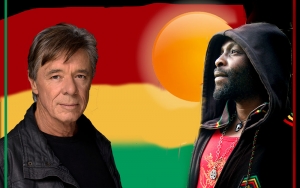 “KOBYA” (aka Carlos X Panguana) grew up in the African township in Maputo, the capital city of Mozambique, a country gripped by war for many years. He became the youngest member of Xingombela youth dance troupe at age of 7.

After playing professional soccer as a teenager, he packed his bags and headed to Gauteng, also known as Johannesburg or city of gold, in South Africa, to join his other family members. As he had damaged his knees playing soccer, he joined the fashion world and studied photography. The struggle for the right to be recognized as a human being intensified as the South African government imposed a state of emergency. KOBYA had no other choice but to join the struggle as freelance photojournalist and reporter. He was later forced to flee as a political refugee.

Music remained his lifeblood through out the journey. He is evolved into a gifted performer singer song writer and versatile multi-instrumentalist, In his unique and vibrant music he mixes roots (Marrabenta Mozambique Popular dance Music) & classic reggae, occasionally throwing in some lovers rock, to create his own original blend of contemporary world msic and pop. He tells his story with grace and ebullience, covering social and environmental issues, love, war and the despair of his fellow Mozambicans... while celebrating life.

The salt of the Earth journeyman, KOBYA learnt how to abstract his craft turning pain to joy. This amazingly down to earth, warm character combines his sense of humor with powerful soulful and rich tenor voice, to reach out his young and old fans across race, age and culture.

In recent years he moved to he musical Mecca of Byron Bay, Australia and at a local anti-CSG rally he met a kindred soul in the fellow musician and celebrated local character Barry Ferrier, aka Dr. Baz.  Their instant rapport led to a spontaneous musical chemistry and firm friendship that set them on a path to create ecstatic fusion music together. Dr. Baz has a pedigree of top level music credits and brings soarng lead guitar and keyboard pyrotechnics and a soulful musical feel to their exciting shows. These two men from such different worlds demonstrate through their obvious affinity and camaraderie how music can be a bond that transcends cultural barriers.

Their music puts a smile on your face and makes you want to sing and dance! Kobya continues to explore and express his soul on this musical journey, he is currently working on a new album 'MoFyah' dedicating his work to the Highest Force, giving thanks through his lyrics as a free man & advocate of Truth, with the collaboration of Dr. Baz's wizardry on soaring guitar and keyboard pyrotechnics.

This fascinating World Music and reggae duo  performer with a dynamic rhythm section and dynamic guest players, drawn from the impressive ranks of the Byron Bay music community.

TWO SONGS ARE AVAILABLE AS A SAMPLE (ABOVE IMAGE) .PLEASE CLICK MP3 player. 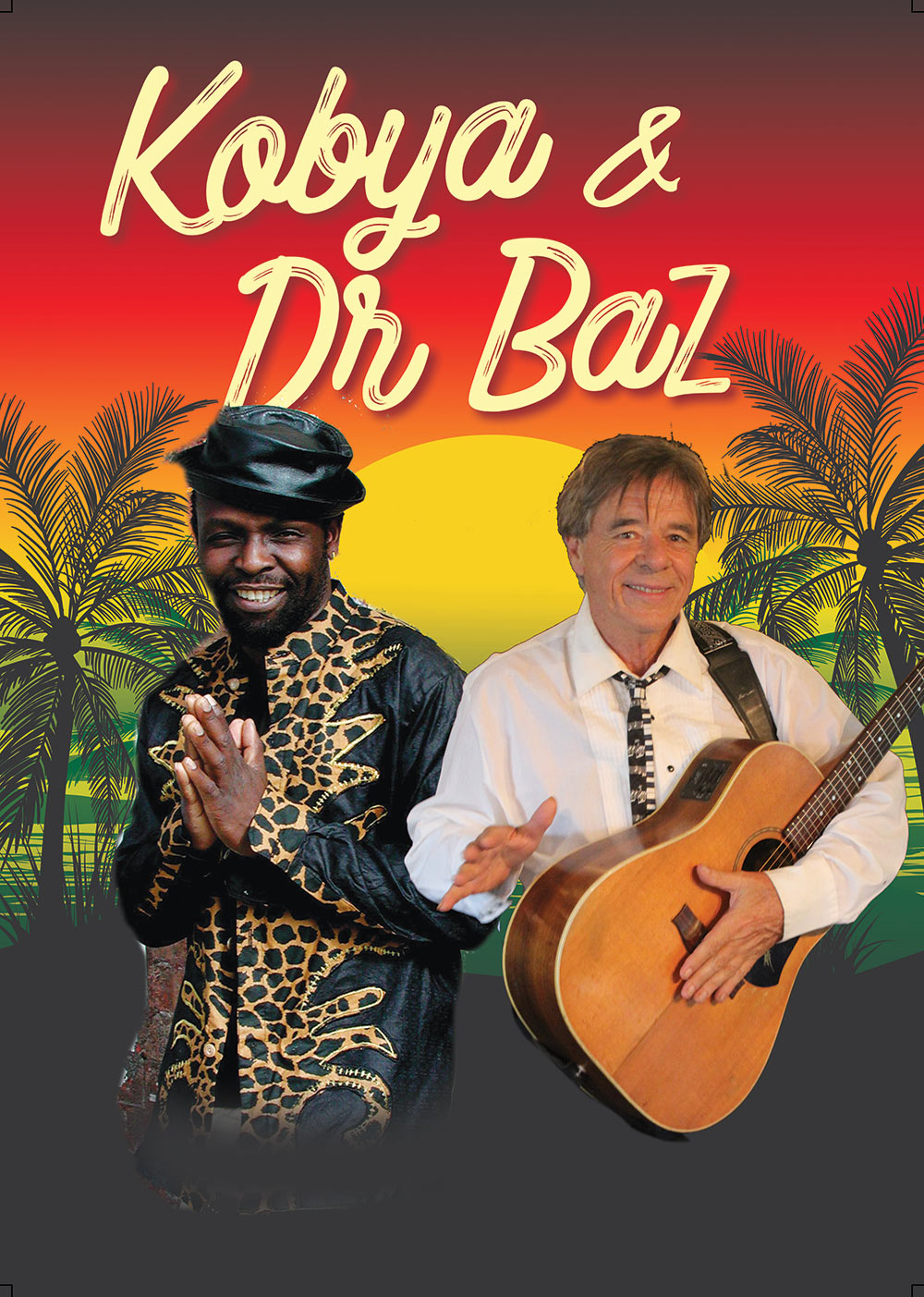