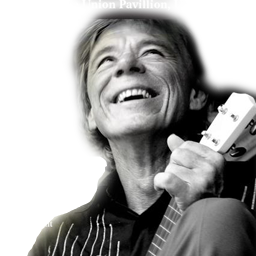 [show-text]Doctor Baz is an accomplished guitarist and boogie woogie piano player with multiple awards to his name for his songs and compositions. He has a PhD in multimedia design and works as a corporate media marketing consultant and graphic designer, having designed over 200 websites.

Doctor Baz, aka Barry Ferrier, began his performing arts career working in music theatre, with a 2 year, 8 shows per week stint as a cast member and as one of Jesus' apostles in the original Harry M. Miller production of Andrew Lloyd Webber's  hit rock musical "Jesus Christ Superstar" at the Capitol Theatre, in Sydney and the Palais Theatre, Melbourne - alongside the creme-de-la-creme of  a generation of Australian music and theatre greats including Jon English, Marcia Hines, John Paul Young, Michael Caton, Reg Livermore,  and so many more.

He played alongside Mark Holden in "Joseph & the Amazing Technicolour Dreamcoat" at the Seymour Centre Sydney directed by internationally acclaimed director Rufus Collins, composed music for and performed with the internationally famous Lindsay Kemp Mime Company at the New Arts Cinema, Glebe and the Comedy & Her Majesties theatres in Melbourne. The music he composed  for Kemps adaption of Oscar Wilde's Salome featuring at a sell out season in London's Roundhouse.

Barry also performed in numerous theatre and cabaret productions in Sydney & Melbourne, including Kabaratz and the Milky Way Cabaret at the legendary Flying Trapeze Cafe in Brunswick Street, Melbourne and a national campus tour of  Steve J. Spears "Africa : the Savage Musical".

Barry has written & performed theatre restaurant shows, and three stage musicals, Magical Frank, and The Boy Who Dared to Dream with Frank Howson, and Goodnight World with Gerald Frape (performed at Brisbane's La Boite Theatre), and has has produced two cast albums. He made a televison appearance on the Midday Show with the Geoff Harvey Orchestra performing a song from "Magical Frank".

He was a recording artist for RCA, appearing on the ABC’s legendary music show  “Countdown” and opening for guitar maestro Ry Cooder at the Palais Theatre in Melbourne. He also played bass with chart topping pop group “The Ferrets” and toured Australia as band leader and guitarist for the legendary Eartha Kitt.

He composed the quadrophonic soundtracks for the QANTAS Light Fantastic animatronic parade at Brisbane's World Expo' 88 and spent several years as resident composer for the Queensland Performing Arts Complex including composing for and conducting the Brisbane Youth Orchestra for Robyn Archer's epic  "Three legends of Kra", and the Concert Hall performance of his innovative self-penned multimedia theatrical production "Dreams and Machines" and the award winning childrens show "Solomon and the Big Cat".

"I Hear That Train a-Comin - the Johnny Cash Story'

Barry has written and stars in a music theatre production based on the life of Johnny Cash entitled "I Hear That Train a-Comin' : the Johnny Cash Story", which has been a sell-out success at clubs along the eastern seaboard of Australia.

Barry has spent decades entertaining as a singer/guitarist and as a piano man in venues up and down the eastern seaboard of Australia.  He was a pioneer of the thriving music scene in the Byron Bay region and has entertained at many weddings and corporate events/

Barry performs regularly in the Byron Bay region with eminent blues artist  artist Peter Claydon aka Pete C. and with their rhythm section of Jason Caspen & Belle Hendrik perform as the Propellors

Kobya and Dr. Baz, the Duo

Barry briefly joined forces with actress and singer Fiona Walsh (aka Thrett Jones) performing a theatrical styled acoustic duo with rock, blues and funk grooves, performing a wide variety of novelty covers and originals. They performed together at the 2014 Airlie Beach Music Festival.

For over a decade Dr. Baz  performed with delta blues exponent Slim Pickens, including two European tours in 2005-6 and performances at several major festivals including the Byron Blues Fest, Tamworth Country Music Festival, Gympie Muster and Blues on Broadbeach. They have recorded two albums "Cactus" and "Next Time'. They also perform as a four piece entitled The Shooflys with Neil McCann on drums and Rod Coe on bass.