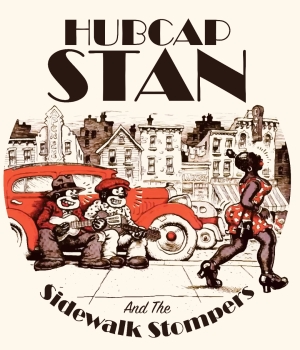 Introducing “Hubcap Stan and the Sidewalk Stompers” - a giant of a band, fronted by a giant of a man! Hubcap Stan creates the instruments he plays and sings with an authentic gut barrel power!

A great band is only as good as it’s members and the Sidewalk Stompers can boast a truly impressive pedigree! They each have a busy itinerary but join the Stompers because they have fun! 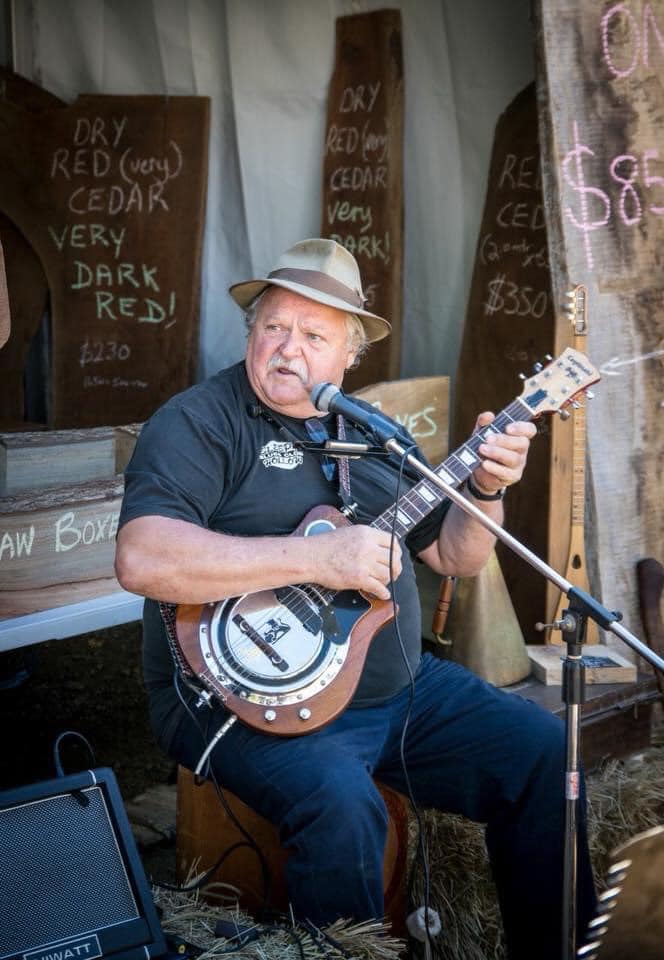 Hubcap Stan & the Sidewalk Stompers are great entertainment for all ages with their diverse repertoire of goodtime blues, swing & ragtime, gypsy jazz and rock ‘n’ roll that is authentic, cheerful, and awesome fun.

They bring an astounding array of instruments to the party! Hubcap Stan’s fascinating range of hand built guitars, made from timber he salvages and all sorts of surprising things, and his gritty blues harmonica are at the heart of the show. Dr. Baz dazzles with virtuoso skills on electric guitar, piano, accordian, flute and vocals.

Stan’s had a passion for old country blues & ragtime since the 70s, playing mining camps across Australia. Since 1990 Stan has entertained nationally at trade expos with his unique award winning wood skills show; He has appeared on many Aussie TV and radio shows and in major newspapers & magazines. Stan designs, makes and plays many styles of unique bespoke guitars. 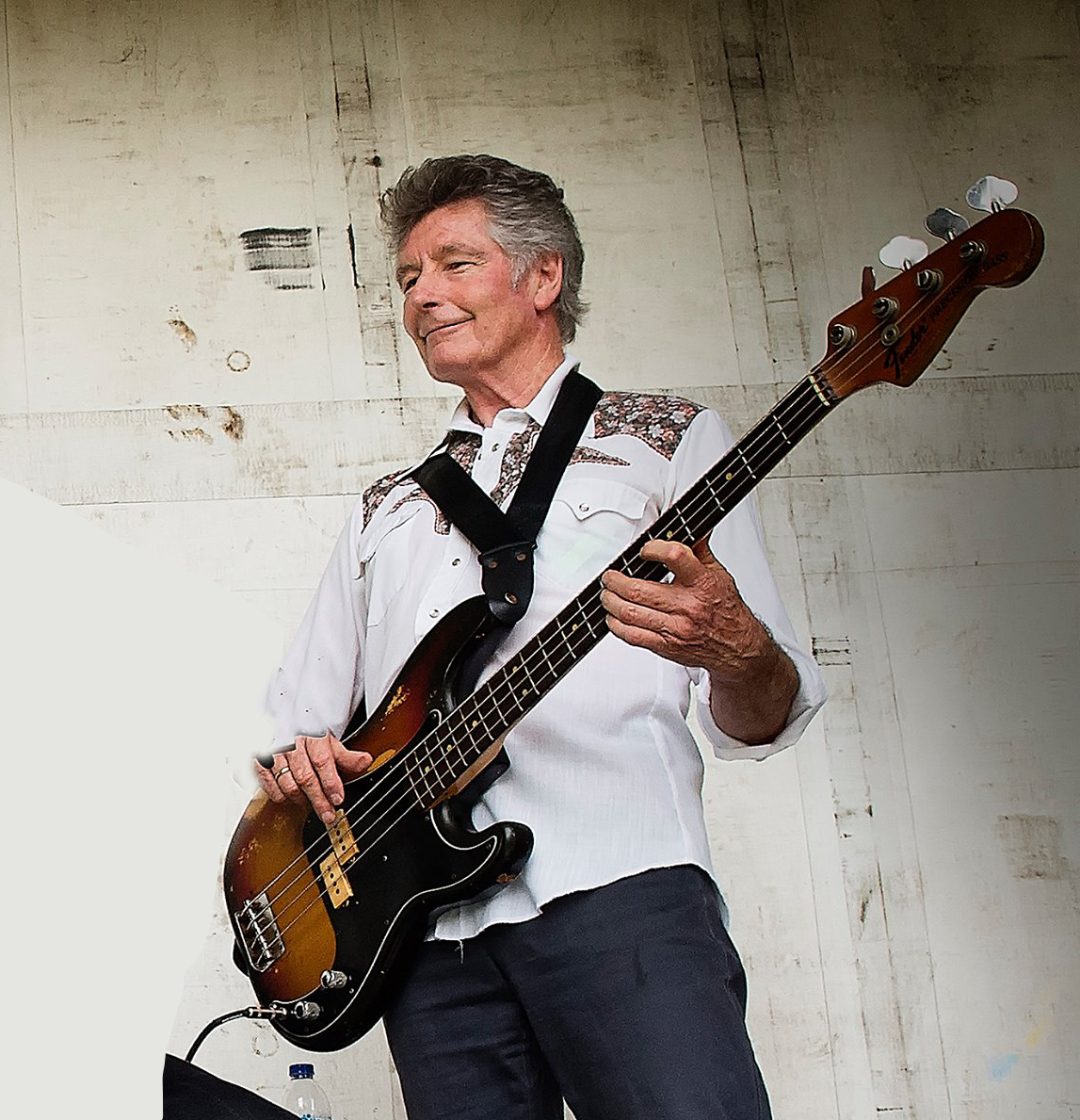 Rod Coe is one of Autralia’s best known and most loved double bass & bass guitar players.

Now in Byron Bay, he maintains a busy schedule on both double &  electric bass with many local bands, 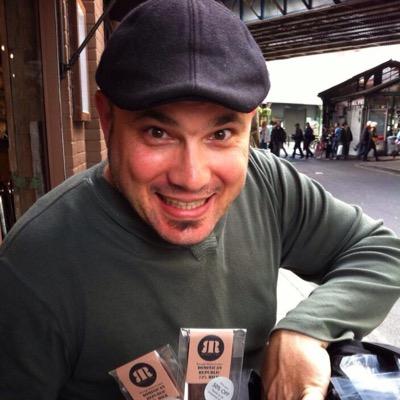 All things that you hit are handled by the highly talented drum master Jason Caspen.

We challenge you to resist smiling and dancing!

Big Stan and Doctor Baz also step out as a duo and bring you their eclectic style of goodtime music in a tight two man act, that also features Stan’s fascinating hand-made instruments and the rollicking good time sound, made even more epic when joined by the Sidewalk Stompers. 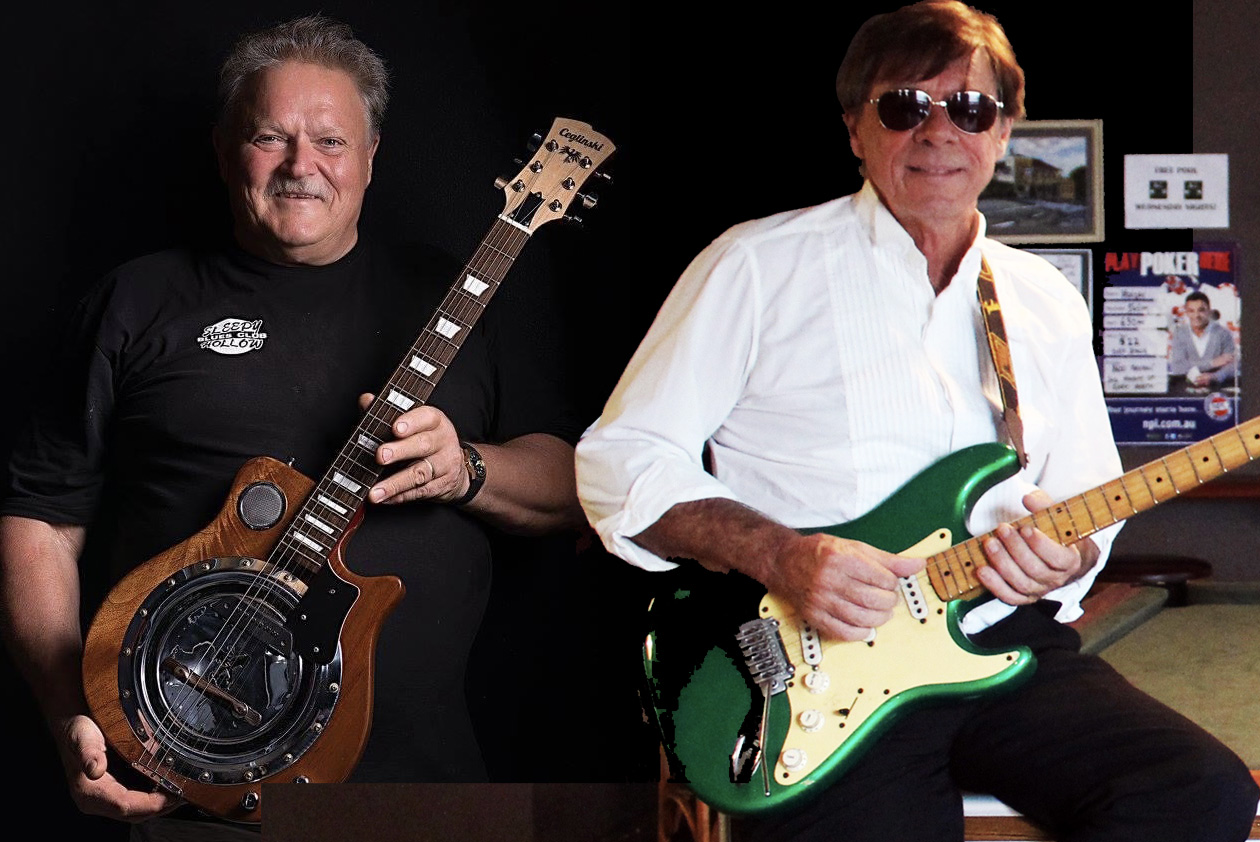 The Doctor drives the beat with his custom cajon drum, creating a kick drum and snare, and with some keyboard wizardry he adds double bass with his left hand.

Together they produce an impressively full sound that is truly a two-man band!

They offer a unique repertoire of authentic old school, ragtime blues and their own quirky and entertaining original songs.

It’s a very lighthearted, upbeat novelty show that is enjoyed by all ages and excellent feature for a corporate event.

In the 80s I formed a great indie rock band called "Giant Steps" - maybe the best band I ever had the privilege of working with.

Here's a live video of this band, performing my song "Monument" in a local hall. I was lecturing at Southern Cross Uni in those days and used to "borrow" the Uni's outside broadcast bus on weekends. I'd get my students to work the 5 cameras for experience, with sound recorded direct from the mixing desk. My brilliant friend Paul Rainsford Towner would 'vision mix' (in real time - no editing) some of the "Moondance" shows we would put on in local halls.

Like many 'almost' bands, we broke up just on the verge of "making it" - after a huge tour of Sydney, and page two photos in mainstream Sydney papers, we had major labels and publishers flying up to see us.

The clips on this page features:

Under the direction of Paul Rainsford Towner they attempted to make a video of member Barry Ferrier's song "Bureaucracy', in one long camera take (no post production or editing), at a specially built set at the Alstonville chicken farm in the mid 80s. This set consisted of 6 separate 'rooms' built in a circle with the camera located at the centre. The camera made three complete passes around the circle and, as it panned, production teams would change the set design of each of these rooms, making for a continous flow of imagery, as the band moved from room to room. The production became a large community event with a large number of local youth volunteering as performers and support staff, creating a festival like atmosphere.

The clip below is a home-grown documentary of the whole ambitious project. 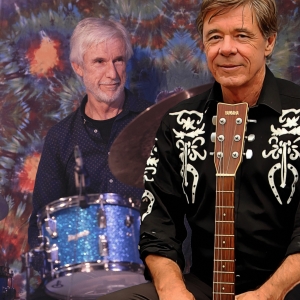 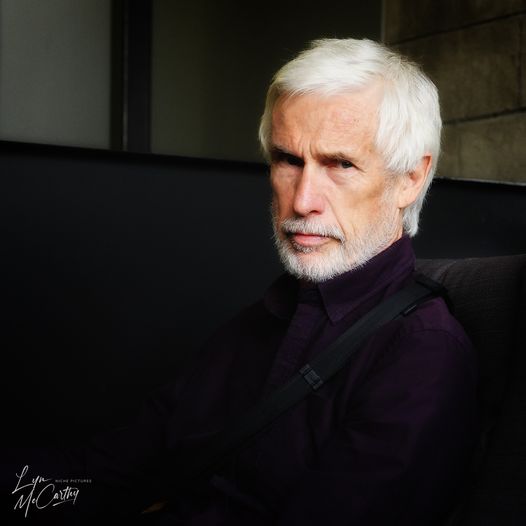 With decades of top level experience in high quality bands, including extended stints with Australian music legends Jeff St John, and Rory O’Donoghue (of ‘Auntie Jack’ Fame), Willie Hona of the popular NZ band ‘The Herbs’, and gigs across Queensland & NSW with the highly acclaimed north coast showband outfit ‘The Round Mountain Girls’, (plus many more) - Rex adds a whole new dimension to the Dr Baz multi-instrumental show.

As a duo they produce a dynamic show with a great mix of interesting interpretations of favourite classic songs plus accessible and entertaining Dr. Baz originals. 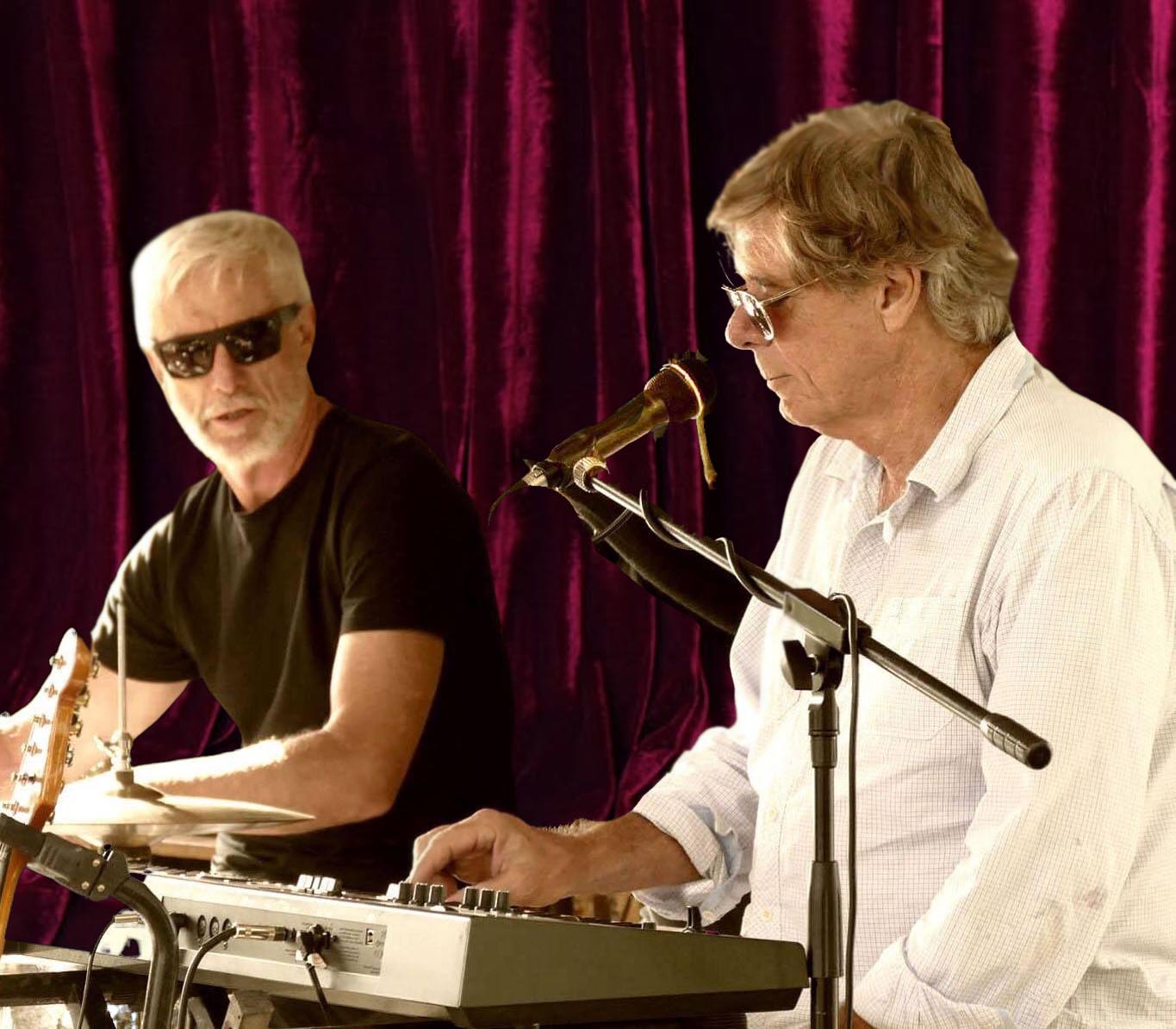